New Year's Eve, for many is a time to gather with family and friends and reflect on the past year and welcome in the new year.

But, many Christians go to church on NYE (as we call it) and it has become somewhat of a tradition in the African American community.  People gather in church around 9 and they worship and sing together, praising God for bringing them through another year and asking for God's blessings as they enter the next.

I, too, have attended my share of New Year's Eve "Watch Night" services.
As the child of a pastor, I often disliked going because I wanted to go to a party, hang out with friends or even just stay at home and watch the events at Times Square in NYC...but I went to church and I usually enjoyed it.

As I got older and started to search for meaning behind the traditions that we often practice, I found out that Watch Night service in the Black church really came from something called, "Freedom's Eve."
"Freedom’s Eve” occurred on December 31, 1862...and on that night, Blacks came together in churches and private homes all across the nation, anxiously awaiting news that the Emancipation Proclamation actually had become law. Then, at the stroke of midnight, it was January 1, 1863, and all slaves in the Confederate States were declared legally FREE.
When the news was received, there were prayers, shouts and songs of joy as people fell to their knees and thanked God. Black folks have gathered in churches annually on New Year’s Eve ever since, praising God for bringing us safely through another year.
(Of course, it took years for all states to implement this new proclamation and free the slaves, but they were legally free.)

As I look forward to 2012, I probably won't be at a watch night service, however, I definitely plan to spend some time in worship to God to not only thank Him for seeing me through another year, but also to PRAISE Him for my FREEDOM... Because of Him, I'm able to live in True FREEDOM.  I'd urge you to do the same.

For those of you who ARE going to church, remember why you're there.
Don't go into the service and leave with the same bondage and heavy load.
Remember that God's desire is for us to live in FREEDOM...Freedom from the bondage of sin, oppression, worry, fear, poverty, anger, hurt, resentment, etc....
So, if you're sitting in church on NYE worried about how you're going to pay your bills in 2012, full of bitterness and hatred against someone who hurt you, or just scared to move forward in purpose, then it would be a good time to get free.
If you don't, 2012 will be the exact same as 2011...trust me.

Wherever you find yourself, in church, in your home, or at a party, release yourself from bondage and claim your freedom.

Let New Year's Eve be your "Freedom's Eve" and when the clock strikes midnight, claim your freedom in 2012.

Release yourself into a new year with an expectation that it will be full of peace, love, abundance, prosperity of health, greater self-discipline, courage, entrepreneurship, obedience to God's voice, loving relationships with family and friends, purposeful determination. 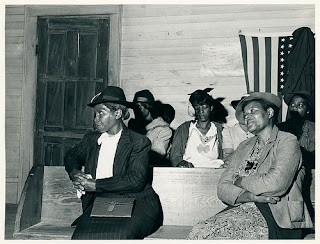 MBisFree
Young woman experiencing a new life through the new growth of my natural hair...follow me as I walk boldly towards my destiny through the experience of being spiritually natural. It's not just about hair!!!